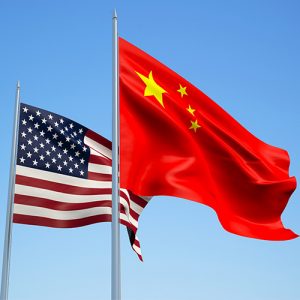 US stocks reached another record high, rising for the sixth straight week. Investors are still awaiting news about a signing date for the US-China trade deal, but officials say that negotiations are moving along rapidly with White House advisor, Larry Kudlow stating that “an agreement is coming down to the short strokes”. Prospects of a limited trade deal has been the key driver of the market rally over the past month.

Global economic data remains mixed, with softer US October retail sales and industrial production in China, but firmer-than-expected eurozone GDP. The global slump in manufacturing appears to be improving as the global manufacturing Purchasing Manager's Index has risen for three straight months, albeit from low levels.

Fed Chairman, Jerome Powell, told Congress that officials "see the current stance of monetary policy as likely to remain appropriate". He reiterated that the current economic expansion is on a sustainable footing, with few indications of an imminent downturn despite risks from the long-running US-China trade war, a slowdown in business investment and weakness abroad.

China factory output, retail sales and fixed asset investment all missed estimates. Reports indicate that Investment grew at 5.2%, at its slowest pace since 1998 as ongoing trade tensions with the US negatively impact China’s economy.

Protests in Hong Kong saw an escalation in violence this week, with intense street battles, violent clashes at universities and flash-mob lunchtime protests. Authorities cancelled school and university classes for the week, while some businesses ordered staff to go home. China’s President Xi weighed in yesterday, stating that “stopping the violence and restoring order is the City’s most urgent task”.

Electioneering is in full swing in the UK. Boris Johnson pledged to spend GBP 650m, reviving high streets with tax breaks for local businesses, reopened provincial railway lines and funding for groups to buy pubs and post offices at risk of closure. Meanwhile, Nigel Farage said his party will contest all Labour-held seats.

Locally, all eyes are on developments at South African Airways (SAA). SAA was forced to cancel nearly all its flights scheduled for this past Friday and Saturday due to strike action by employees after they rejected a 5.9% pay increase offer by the company (employees are demanding an 8% increase). The mass protest is expected to cost upwards of R50 million a day, with more than 100 flights cancelled and threatens to completely derail SAA should the strike persist. Minster Pravin Gordhan weighed in on Thursday evening, saying SAA is not too big to fail. 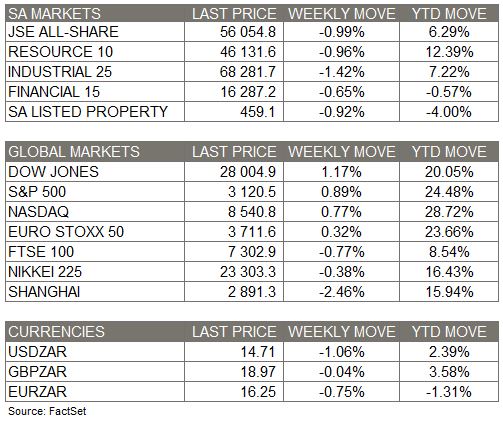 As the US third-quarter earnings season winds down, was it worth paying any attention? In the long run, profits are of course central to stock returns. Over the long-term, stock prices and earnings tend to move in the same direction (as highlighted in the chart above). But what about the short term? Some interesting numbers from BCA Research Inc. suggest we can safely ignore quarterly earnings as they have no impact on the direction of the market in the short-term. While we have seen that growth in profits matters in the long run, it matters less so on a quarter-by-quarter basis. 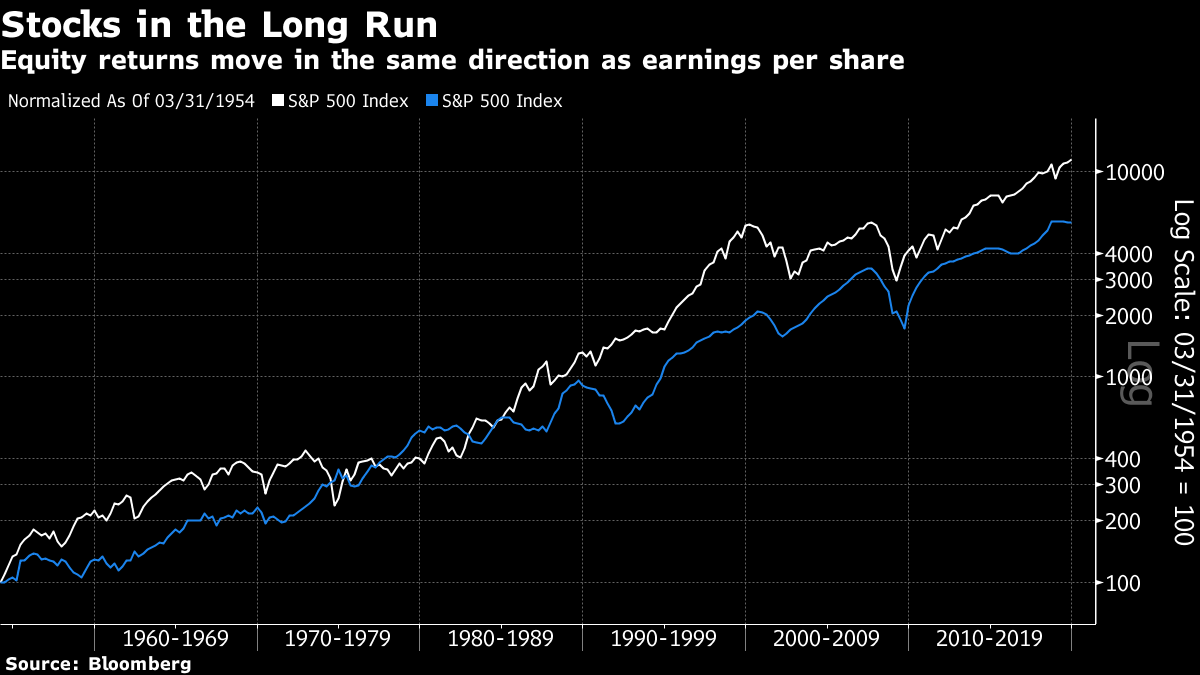