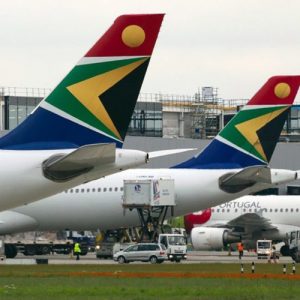 Minister of Public Enterprises, Pravin Gordhan announced on Thursday that South African Airways (SAA) will be placed under business rescue, stating that the decision is the optimal mechanism to restore confidence in the airline, safeguard its good assets, and help to restructure and reposition the entity into one that is stronger, more sustainable and able to grow and attract an equity partner. A business rescue practitioner will be chosen to take charge of the business and perform the function of operating the airline with the assistance of management. The practitioner will also undertake such rationalizations as are necessary.

South Africa’s 3rd quarter GDP data was released on Tuesday, worse than expected. Annualised GDP recorded an unexpected drop of 0.6% compared to the market’s expectation for a 0.1% increase – more detail provided in the chart of the week.

Staying with SA news, the ANC reclaimed control over Johannesburg this week, back from the Democratic Alliance (DA), when its candidate, Geoff Makhubo, was elected the city’s mayor. Makhubo garnered 137 votes against 101 for the DA’s Funzela Ngobeni and 30 for the Economic Freedom Fighters’ Musa Novela.

Globally, economic fundamentals stole the spotlight from trade-deal expectations, with a fourth straight month of improvement in global manufacturing PMI, a proxy for global growth. The surveys are consistent with a still soft but improving demand environment, which suggests that the manufacturing downcycle may have run its course.

The U.S. proposed tariffs on roughly $2.4 billion in French products, in response to a tax on digital revenues that hits large American tech companies including Google, Apple Inc., Facebook Inc. and Amazon.com Inc.  In addition, tariffs were reinstated on Brazilian and Argentinian steel.

The Eurozone reported annualised 3rd quarter GDP growth of 0.2%, in line with market expectations. In the previous quarter, GDP had registered a similar rise.

Japan announced a fiscal stimulus package this week. The total package amounts to around 26 trillion yen ($239 billion), boosting Japanese growth by about 1.4 percentage, according to the draft.

South Africa’s economy contracted by a shocking 0.6% (quarter-on-quarter annualised) in 3Q19, in contrast to market expectations for a 0.1% expansion. This weakness was quite pervasive with six of the 10 sectors contracting including: mining, transport, electricity, manufacturing, agriculture and construction. Only the trade, government, finance and personal services sectors expanded. With pledges to boost South African economic growth to as much as 5% by 2023, President Cyril Ramaphosa couldn’t have had a more difficult start to his presidency with four bad GDP quarters out of seven.

For those among us with ties to Britain, the UK’s first post-Brexit Budget this week was not only an important one after the turmoil of last year – it also…

Advice & Comments
If you’re young and earning big money, know the difference between “rich” and “wealthy”

By Mike Fannin, Director: Operations at Carrick Wealth. The global wealth demographic is increasingly inclusive of Millennials, young adults born roughly between the early 1980s and the early 2000s, some…

Global equities rallied this week on the back of the ceasefire reached on the ongoing US-Sino trade war, which helped push the S&P500 close to record highs. The yield on…