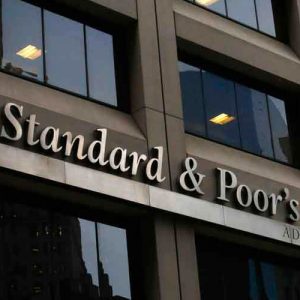 Gross government debt is set to surge to 80.9% of gross domestic product by fiscal 2028 unless urgent action is taken, the National Treasury said last month. The trajectory is almost 20 percentage points higher than forecast in the February budget and shows no sign of stabilizing.

Moody’s lowered the outlook on its investment grade rating to negative less than three weeks ago, effectively giving the nation three months to get its finances in order. A Moody’s downgrade would force South Africa out of the FTSE World Government Bond Index, which could prompt a sell-off and outflows of as much as $15 billion, it would also raise borrowing costs and make it even more difficult for government to finance the budget.

SA Airways (SAA) resumed normal operations over the weekend after unions finally agreed to a 5.9% wage increase following a week-long strike and protracted negotiations at the airline. According to the agreement inked on Friday, workers who earn less than R1 million per annum will get a 5.9% increase, retrospective to 1 April 2019, and be paid on February 20, 2020.

Earlier in the week the Reserve Bank’s Monetary Policy Committee (MPC) decided to keep the repo rate steady at 6,50% with a narrow majority favouring no change. The Governor presented a dovish statement before indicating that three of the five MPC members favoured no change, while the remaining two argued for a 25 basis point (bps) cut. The MPC highlighted its concerns around risks posed by possible global events in 2020 and their likely impact on capital flows and the rand exchange rate.

The JSE All Share Index ended the week 1.26% stronger, with industrials (2.59%) and resources (0.62%) stronger while financials ended flat.

Stocks globally moved modestly lower over the week, with the S&P 500 Index ending a streak of six weekly gains on trade concerns. Within the S&P 500, energy stocks outperformed, helped by a rise in oil prices following a smaller-than-expected increase in U.S. crude supplies. Health care stocks were also strong, helped by some moderation in presidential candidate Elizabeth Warren’s plans for a “Medicare for all” system.

Ongoing uncertainty about whether a “phase one” U.S.-China trade deal can be signed before year-end was the primary headwind over the week. On a positive note the flash purchasing managers' indices released this week showed the continuing trend toward stabilization in the global manufacturing sector. Data improved in the US, Europe and Japan, with Germany a particular bright spot.

Prime Minister Boris Johnson and Labour Party leader Jeremy Corbyn squared off in a debate this week in advance of the 12 December general election. Opinion polls showed that Johnson scored a very narrow victory in the debate, though his Conservative Party currently holds an approximately 14% lead in the polls.

August ended on a high note after a month of worries of rising recession risks and heightened volatility on frequent trade news between China and the U.S. Markets are heading…

Countries around the world are stepping up efforts to tackle the threat of the spread of coronavirus. The latest figures brought the total number of deaths in China to at…