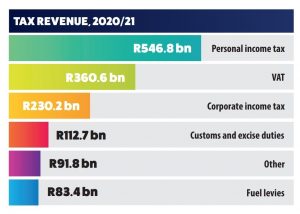 The 2020 South African Budget delivered by Treasury yesterday is focussed on doing the right things:

Over the next three years the 2020 Budget proposes total reductions of R261 billion, which includes a R160.2 billion reduction to the wage bill of national & provincial departments, and national public entities. These measures narrow the consolidated deficit from 6.8 % of GDP in 2020/21 to 5.7% in 2022/23, with debt rising to 71.6% of GDP over the same period.

Government opted not to announce any large tax increases and instead focussed on spending cuts, particularly wage bill savings. Tax revenue estimates for the current year have been revised down by R10.7 billion compared with 2019 MTBPS estimates. In addition, government has chosen not to apply additional revenue measures of R10 billion for next year that were projected in last year’s budget.

Treasury has outlined the following key risks to the fiscal outlook

Whilst National Treasury has delivered a credible 2020 budget, fiscal consolidation remains reliant on the upcoming public sector wage negotiations. Furthermore, fiscal debt is not projected to stabilise over the medium term even if Treasury’s budget targets are achieved.

The success of this budget depends on whether the public sector wage bill can be decreased by R160.2 billion and if a Moody’s ratings downgrade in March 2020 can be averted.