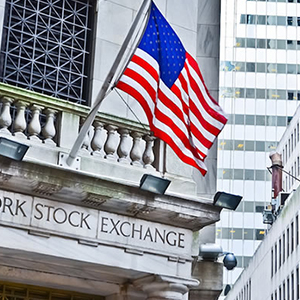 U.S. stocks (S&P 500 and Nasdaq), rallied to record closing highs this week, erasing last year’s decline in less than six months. The main driver for stocks this week was corporate earnings. With over 40% of S&P 500 companies having reported results, corporate profits appear to be on track for small gains in the first quarter.

On the economic front, U.S. GDP came in stronger than expected. The U.S. economy grew by 3.2% in the first quarter, accelerating from 2.2% at the end of last year. Growth exceeded expectations due to a build-up in inventories and the surge in net exports, which are likely to be reversed in future quarters.

The U.S. upped the ante on Iran, announcing that it will no longer give any buyer of Iranian crude a waiver from sanctions. The U.S. ended certain waivers on sanctions issued to China, Greece, India, Italy, Japan, South Korea, Taiwan and Turkey. Meanwhile, the White House said that the U.S. will travel to Beijing next week, as both sides work to reach a draft trade agreement by next month.

In the U.K., Theresa May’s plan to stop Britain taking part in European elections in the middle of Brexit looks all but dead. The prime minister is unlikely to put her Brexit bill to Parliament next week, and probably won’t have enough time to get it ratified before the European Parliament elections if she introduces it after that, according to a government official.

Eurozone economic data reported during the week underwhelmed with both preliminary services and manufacturing PMI’s coming in below expectations. Consumer confidence also weakened to -7.90 in April.

The Bank of Japan left their key interest rate unchanged at -0.1% and reiterated its intention to keep interest rates very low for a prolonged time period. Japanese CPI rose by 0.5% on a YoY basis, meeting market expectations.

The rand came under pressure during the week after last weekend’s announcement by National Treasury and the Department of Public Enterprises of emergency liquidity assistance provided to Eskom in early April, sparking the selloff of the rand. (closing at R14.38 to the U.S. Dollar).  The February 2019 Budget Review allocated R23bn p.a. for three years to Eskom. However, the Budget has not yet been approved by Parliament; and National Treasury’s financial assistance to Eskom was expected to materialise only from August. An emergency transfer was therefore required from the National Revenue Fund.

South African consumer confidence dipped to its weakest level since 2017 as expectations of an economic recovery dimmed. The consumer-confidence index was at 2 in the first three months of this year, dropping from 7 in the previous quarter. Meanwhile, PPI rose to 6.2% in March, higher than market expectations for an advance of 5.5%.

U.S. stocks set new all-time highs this week. First-quarter growth figures released on Friday showed that the American economy kicked off the year in a much better state than anyone would have predicted given the fourth-quarter risk-rout and government shutdown. And yet, the defining dynamic in U.S. rates this week was a surge in bets that the Federal Reserve would aim to cut interest rates as soon as September. The ratio of put/call open interest in September Eurodollar futures tumbled.

2023 has started the year with equity markets rising, bond yields falling, and the U.S. dollar weakening, very different to the trends that prevailed in 2022. This week’s all important

Friday’s employment report in the United States turned sentiment back in a positive direction as investors weighed a renewed possibility of the Federal Reserve (Fed) achieving a soft landing. The